Good news! I’m out of the well!

Okay, technically I haven’t been trapped in a well. But astute observers may notice it has officially been one calendar year since my last post here. At that time, I was hoping to have the 6th book of the Norothian Cycle ready for release in 2014.

That’s when I fell in the well.

Metaphorically, I mean. The course of human events, life-the-universe-and-everything, so-forth-and-so-on, and here it is one year later and I definitely did not get a book out last year. Really, I hardly did any writing at all, which seems hard for me to imagine now, but there you go. How does an author accomplish nothing in a year? One day at a time, man. One day at a time.

I am happy to say that I am back at work on B the 6 now, and as I did have quite a bit done before my sojourn in the literary Sahara, the ultimate release should not be all that far off, relatively speaking. I’m not ready to commit to any date, for fear of hamstringing myself if I try to hit a deadline. But Book Six of the Norothian Cycle, still (I think) titled John the Red, is forthcoming. I promise.

Top Ten Reasons Book 6 of the Norothian Cycle will be available in 2014:

(as opposed to being out before the end of this year)

10.) Stocking supplies in case of blizzard in Phoenix
9.) Iffy wifi connection to space/time
8.) Chicago Bears still alive for playoffs
7.) Wait… I have to shop for Christmas? Isn’t it a religious holiday?
6.) My Muse ran off and joined a circus
5.) Congressional gridlock
4.) My thousand monkeys chained to a thousand typewriters unionized
3.) Spellcheck is down, I’m hoppless withowt it
2.) Excessively long line to see Santa at mall

And the #1 reason Book 6 of the Norothian Cycle will be out next year, not this year:

1.) My Spirit Totem is a Cheetah. This Cheetah. 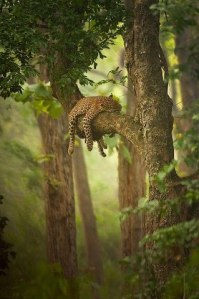 Happy Holidays to you and yours, see you next year. 😉

Posted by medmcn on December 18, 2013 in M. Edward McNally, The Norothian Cycle, Writing 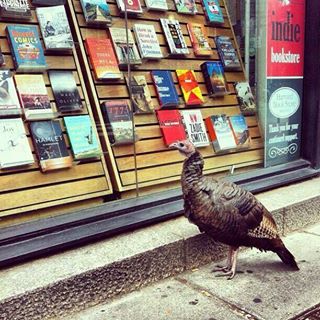 SALE! SALE! SALE! Whether you are home sprawled on the couch, basking in the digestive process, or standing in line at a box store like cattle in a chute – do feel free to check out a wide variety of books, across multiple genres, all discounted for the holiday weekend to the low, low price of 99 cents, or even FREE!

And now, back to work on Book Six of the Norothian Cycle…

Posted by medmcn on November 29, 2013 in giveaways, M. Edward McNally, The Norothian Cycle

I’ve got some short news and some long news, not sure if either rises to the level of good or bad.

The short news is, while I initially thought I could conclude the sixth and last book of the Norothian Cycle by the end of this year, that is not going to happen now. Nothing is wrong, per se, other than while actually writing this book, I’ve come to realize exactly how much remains to be resolved. I honestly don’t think I can wrap up the story to anybody’s satisfaction (least of all my own) in only one more book. Not without making it some quarter-million-plus-word monstrosity that won’t be available for half a year or more later than I hoped.

Ergo, my loose (and I stress “loose”) intention now is still to have Book 6 ready to go around the time I hoped (late this year, or more likely early next). But it is not going to be the last book of the series. There will be a Book 7. I throw myself on the mercy of the court, and hope to thank you for your patience.

END_OF_DOCUMENT_TOKEN_TO_BE_REPLACED

Hi all, this will be my once-a-month progress report for Book VI of the Norothian Cycle – John the Red.

Part One is “done” to the extent that it is out with beta readers (who, as always, I can’t thank enough), and Part Two is being written as we speak. Well, not literally, as 1.) We’re are not actually “speaking,” and 2.) I am typing this right now. But I will be back on the book shortly.

Wrapping up the myriad plotlines and character arcs of the previous five books of course takes some time and space, so I remain not wholly sure if this last book will consist of three or four parts. Either way, I do feel like I am still on pace to have it ready before the end of the calendar year, and I will of course keep you informed here. Thanks as always for your ongoing interest, and I hope the story concludes in a way you find enjoyable. I’m having fun writing it, so I hope you will all have some fun reading it, too. 🙂 END_OF_DOCUMENT_TOKEN_TO_BE_REPLACED

Congrats to MARY ENDERSBE for winning this stop of the 2013 Summer Splash Blog Hop!

Mary’s answer to the question: “The rough draft of Part One of the Sixth Volume of the Norothian Cycle numbered 51,211 words. What is the word count of the edited version?” was 49,324 was only 348 words off the actual answer of 48,976. That might seem like I cut a bit over 2000 words off the first draft, though actually I think I probably cut about twelve-thousand, then added another ten. Writing! 😉

Thanks much to all who entered, and to all who downloaded The Sable City while it is free, I hope it is enjoyed. I will go ahead and redact e-mail addresses from the entries so they are not floating around the interwebs forever. Thanks for hopping by everybody, and congratulations, Mary. I’ll be in contact soon, and get your books to you. 🙂

END_OF_DOCUMENT_TOKEN_TO_BE_REPLACED

Posted by medmcn on July 30, 2013 in giveaways, The Norothian Cycle, Writing

Hello, and welcome to the Sable City tour stop on the 2013 Summer Splash Blog Hop. I’m Eddie McNally, and I will be your… um, Bellhop, I guess?

The Sable City is the first book of an epic, muskets & magic fantasy series called The Norothian Cycle, starring a feisty Island Guilder named Tilda Lanai. For the duration of the Hop, the first book is available for (wait for it) FREE on the major e-reading devices, including Kindle (US and UK), Nook, the iStore, Kobo, and via Smashwords. Do feel FREE to help yourself, and get started on Tilda’s tale.

Now for the contest. As I remain a simple, simple man, I am offering e-copies of volumes II through V of the Norothian Cycle to one lucky hopper who will be selcted via the simple expedient of asking the equivalent of “How many jellybeans are in the jar?”

“The rough draft of Part One of the Sixth Volume of the Norothian Cycle numbered 51,211 words. What is the word count of the edited version?”

For your chance to win the next four volumes of the Norothian Cycle, which retail regularly for $4.99 each, just leave a guess as to the word count as a comment. Please also mention a way you can be contacted, if you don’t happen to be commenting with a profile I can send a reply. At the conclusion of the Hop, the closest guess to the correct number wins the prize – it’s as simple as that!

Thanks for hopping by and playing, remember to register for the GRAND PRIZES on the main Hop page, and do feel FREE (saying that one more time) to check out The Sable City. On the house this weekend.

Hi, I’m Eddie McNally, and it has been two months since my last blog post.

Nothing much has happened in the intervening weeks mind you. Writing Book 6 continues to take up most of my time, and while I think I am on pace for a release this year, I have to admit it is really slow going. Readers of The Norothian Cycle may have noticed a preponderance of plotlines unspooling throughout the first five books, and as John the Red is the last installment, all those loose ends have to come together. Also, I feel it would be nice if they came together in a readable fashion – so that takes a bit of doing.

Just as a for instance, here are five ongoing issues from the first five books I’ve already found myself wrestling with, while still on the first part of Book 6. And yes, they all involve characters who might be termed as either “secondary” or even “tertiary.”

The Sable City – Will Amatesu ever really be able to forgive herself for what she did to Uriako Shikashe’s family?
Death of a Kingdom – Is Karza ever going to get some comeuppance, or is that evil jerk going to keep skating?
The Wind from Miilark – Will Rhianne ever find someone else to love?
Devil Town – Pagette can’t keep popping up working for different governments without somebody finally putting him in front of a firing squad, can he?
The Channel War – Is there really any cap on Claudja Perforce’s ambition? END_OF_DOCUMENT_TOKEN_TO_BE_REPLACED

So here’s the thing I’ve found over the course of the 5+ books of The Norothian Cycle – when you’re writing an epic fantasy where the unfolding plot and the actions of the characters have an ongoing effect on the fictional “world,” mapmaking becomes almost a second job (or fifth or sixth job, if you count writing, editing, reading, social media butterfly, blogging, etc.)

As readers are aware, a lot of the action of the novels has unfolded in and around territory that up until 1395-1396 (by the Norothian Calendar) constituted The Kingdom of Daul, various parts of which have come “under new management” more than one time. Thus most of the books have included updated maps which, while geographically the same, cover a number of shifting political and military realities “on the ground.” Now that I am working on Book VI, which is meant to be the capstone of this part of the Norothian Cycle, I bolted this map together to keep things straight in my head for myself, but then thought “Hey, why not blog it?”

So here we go: some words relating to these maps, which may contain a few spoilers for those who haven’t read through Book V (The Channel War), though I will endeavor to keep those plot related without dipping into too many character references. From there, I will tell you where I am now, as Book VI (John the Red) begins to unfold. END_OF_DOCUMENT_TOKEN_TO_BE_REPLACED

Posted by medmcn on May 16, 2013 in epic fantasy, M. Edward McNally, Maps, The Norothian Cycle, Writing

First, congrats to Karin Cox for winning my stop of the Heroes & Villains Blog Hop – her guesstimation of that the first draft of The Channel War ran 162,349 words was closest to the mark, as the real figure of 142,880 (yes, sometimes my subsequent drafts get a bit longer than the first). thanks to all who entered. 🙂

Second, thanks to Ereader News Today for featuring The Sable City among today’s FREE titles. 🙂

Back to work on Volume Six, hope everybody has a good day. And as always, thanks for reading.

Posted by medmcn on May 7, 2013 in epic fantasy, giveaways, M. Edward McNally, The Norothian Cycle